No one wants to die thinking about what is going to happen to their Facebook account, right? Pretty morbid, huh?

Well, that may not be the first thing on our minds, but much like a will, we should be thinking about what should happen to our online accounts when we do pass on. I remember a few years ago when a connection on Facebook had passed and their profile was still going strong. It made me feel sad that there was no way for friends and family members to either delete or memorialize the profile without having access to the account. Facebook must have been listening. The older and bigger Facebook gets, not to mention the rapid increase of baby boomers online, it was only a matter of time before they did it.

Facebook just released guidelines for when you are pushing daisies and makes it easier for your family, business and even Facebook itself from sending notifications for eternity. Unless you are Miss Cleo, I don’t think you will be picking up any urgent updates on the Grammys from beyond the grave.

You can choose to have your account permanently deleted should you pass away. To do this:

For Friends and Family

Are you going to take advantage of these guidelines and prepare for the inevitable? Deletion or Memorialized?

Let us know below.

Do you run contests on Facebook? Or maybe are interested in creating one? Read this over and make sure you are staying as close to the law as possible because there are repercussions if you deviate.

Remember, you can always ask your fans to like or share your page for access to an entry form, but it cannot be the only means of entry.

It’s unfortunate that there are so many steps to take, but hey, if you follow them, you will be fine and your Facebook contest should go off without a hitch. And always keep in mind; Facebook changes their rules like weather changes in New England. Always. These rules are current as of 7/14/14.

Keep the following in mind:

Every so often we update an infographic with the latest image dimensions for your Social Media sites. Here is the latest one on record we have. Which will probably change again in 6 months. But, at least for now, you will know all the size dimensions for Facebook, Twitter, Google+, LinkedIn and YouTube. Enjoy!
Many thanks to the kind people over at Radious for updating this one for everyone. 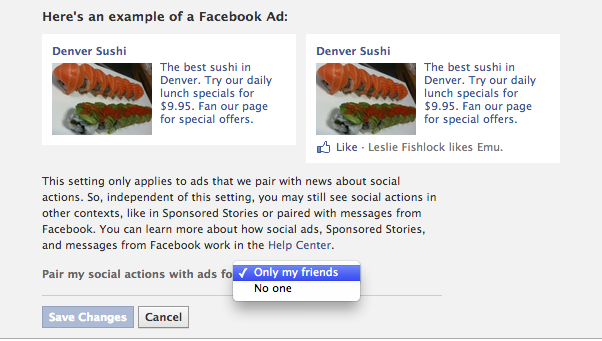 Gone are the days when Facebook used to have to ask you for permission to use any of your pictures for advertising and all you needed to do was give them this permission merely by opting-in to the program.

And unless you knew, and you opposed this and knew how to opt-out, then chances are you are probably in danger of having Facebook use your own pictures in what they call “Social Ads”.

What is more frightening is the new privacy rule for minors. Facebook’s new language in their privacy policies states that all minors under the age of 18 must agree to the following language when signing up to use Facebook by “representing that at least one of your parents or guardians has agreed to the use of your pictures on your behalf”. How many kids do you know who are actually going to do this? Very few.

We would suggest you not only change your own privacy settings immediately if you do not want your pictures being used for Social Ads, and send this post to your friends and family so they can change their settings as well.

This is how easily you can change it:

Go to the gear icon in top right hand corner

How many people already knew about this? How many are going to change theirs immediately?

Comment below with any thoughts or questions you may have.

How to Find and Adjust your Social Media Privacy Settings Quickly 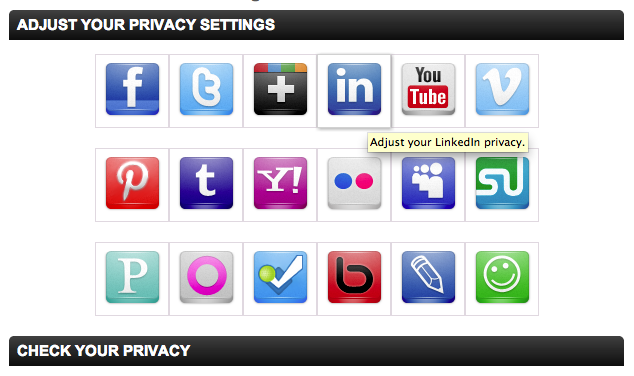 Granted, this isn’t anything ground-breaking or earth-shattering, but it is nice to know there is a site you can go to that finds the Privacy Settings on all your Social Media accounts so you can make any changes quickly. Sometimes the pages that contain the information on how to adjust your settings can be deeply embedded on a Social Media site and it take a good portion of time to find it.

With AdjustYourPrivacy.com, you can click on to any of the Social Media icons you use, and it will bring you right to that area.

Quick links to your Facebook, Twitter, LinkedIn, Google+, YouTube et al, will certainly help you just get their faster; especially if the situation arises when you have to do it fast because you’ve been compromised.

This is just another great shortcut tip that will help you as the Privacy issues surrounding Social Media just keep getting more pervasive in our lives whenever we are using social networking sites.

Anyone finding this useful to you?

A History of Social Media [INFOGRAPHIC]

How many of you were on the early platforms of Social Media? Friendster? Classmates? MySpace?

There IS a method to the madness of Facebook posts!

Still not convinced Facebook is right for your brand?

Try some of these “scientific” methods, engage and watch for results!

Anyone use any of these methods and see an increase in engagement on your page?

And so it is upon us. Another 4 years later and the nation is in yet another frenzy over who will be our next President.

And who would have thought 8 years ago some of the biggest headlines would be about which President has more fake Twitter followers? Mashable states Obama has 13 million fake followers out of his 19 million followers, much more than Romney’s 900,000 followers of which 135,000 are fake. 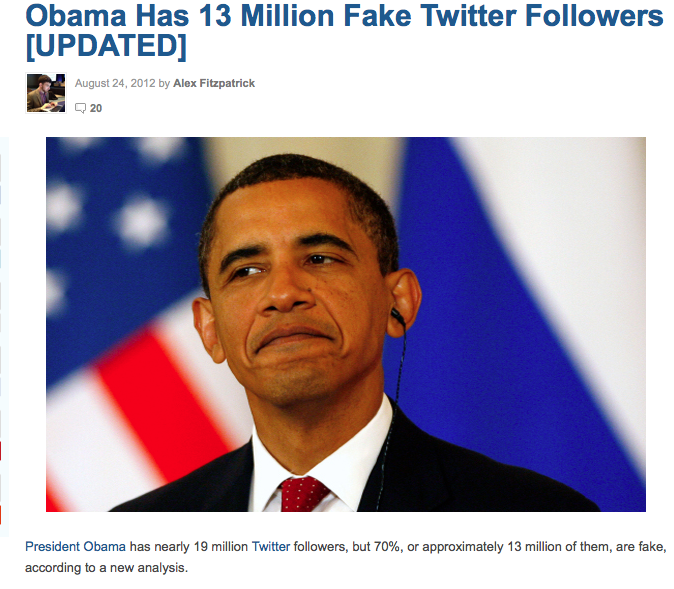 Welcome to the New Media Age. Where you’re not only graded on your ability, but by your clout and Twitter follower count. Or fake ones, as it is in this case.

There is a site call Fake Followers by StatusPeople which will integrate with your Twitter account to find your fake followers. Don’t think you have any? Well, let’s mosey on over to the site and see if you do. 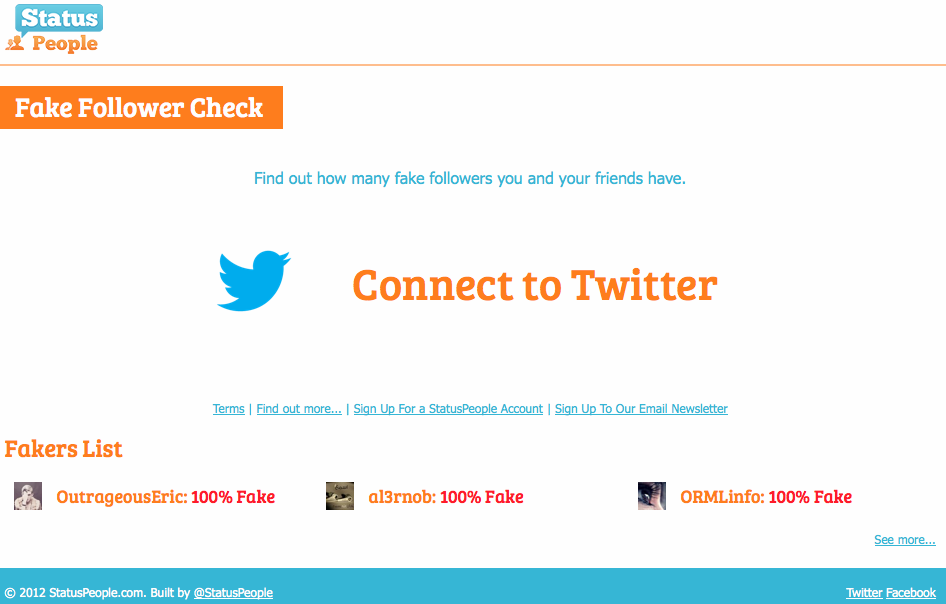 Put in your Twitter handle so they can use your data with their system. 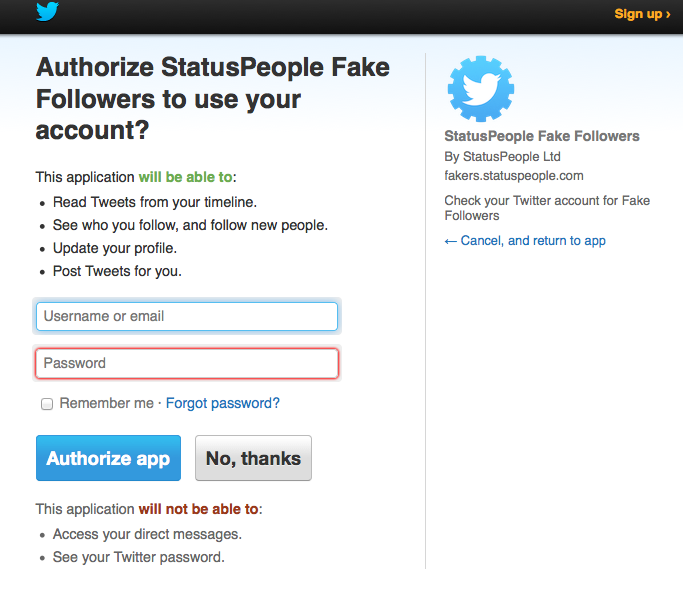 We put in our @GeekGirlCamp account and found out the following, which was pretty good – only 2% were fake. Which is pretty good. But then, we’re not running for office. 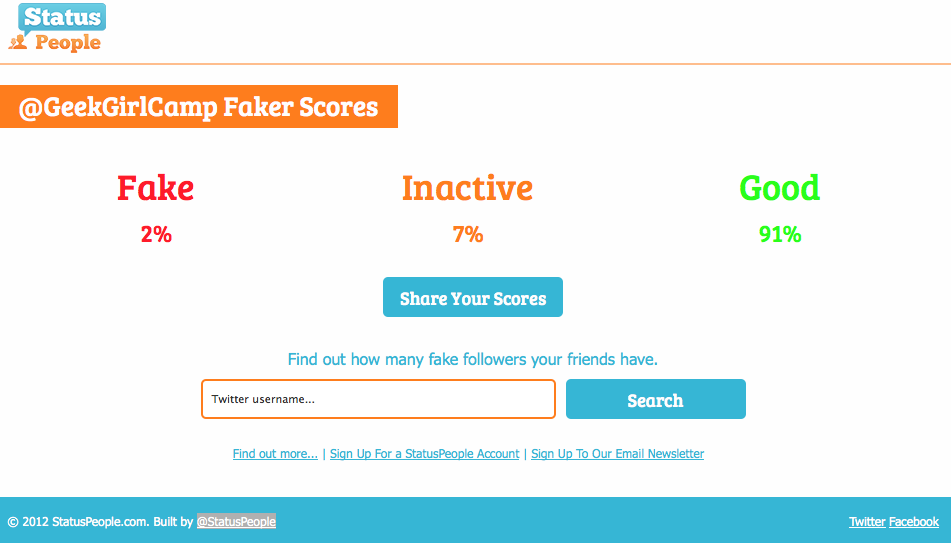 So, this brings us to the real question; does these even matter at all?

I guess you could say that if you think Twitter is influential in determining the engagement, clout, authenticity and likability of a brand or person such as the President, then yes, I guess this does matter.

If you are from the other camp who believes this means nothing but some mumbo jumbo numbers based upon one social networking site known for multiple accounts and fake identities, then you are right, also.

Whatever the case, analytics and ways of measuring our social media scores and influence is vitally important for brands and this is only the beginning of measuring you or your brands influence.

What are your thoughts on this? How many fake followers do you have?

SalesForce.com thinks they have the answer in this image. What do you think?

“Many brands today are posting on Facebook as a means of connecting with their customers and prospects. However, very few have mastered the basics such as the ideal post length, use of imagery, use of color and linking. When used correctly, these small improvements will add up to increased engagement on your posts and extend the viral reach of your messages. 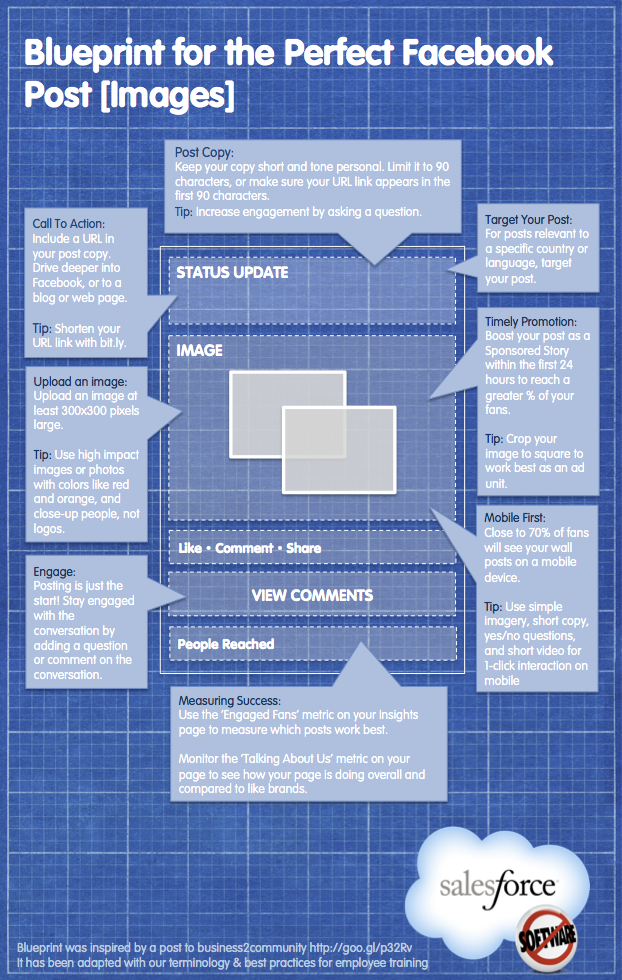 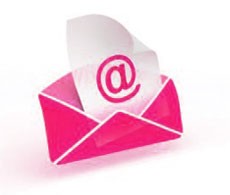